Homosex, Scripture, & the Church Fathers. John Chrysostom said the following regarding homosexuality: “If anyone were to come and assure you that he would make you a dog instead of being a man, would you not flee from him as a plague? But lo! You have not made yourself a dog out of a man, but an animal more disgraceful than this.” John Chrysostom, 4th century. This sermon demonstrates the stark contrast between the church fathers writings about homosex and the writings of churchmen in our day. Sobering. Click here to listen to ta 52 minute sermon by Pastor Matthew Trewhella entitled Homosex, Scripture, & the Church Fathers.

The Affects of Homosex upon Americans. Americans have decided to tolerate and accommodate themselves to homosexuality. This sermon examines the ill affects of such tolerance in light of the biblical account of Lot and his family, as found in Genesis 19. If we think we can tolerate homosex in our land and it NOT affect us, we are deceived. An important sermon for our day with profound assertions.  Click here to listen to the 49 minute sermon by Pastor Matt Trewhella entitled The Affects of Homosex upon Americans. 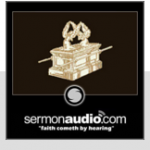