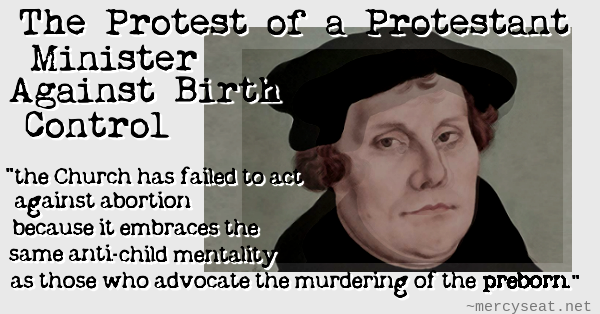 Sunlight was just beginning to break over the darkness of the morning as my wife and I hurl toward the entrance of the cold brick-faced building. Fear and apprehension gripped me each step of the way. A thousand questions and thoughts raced through my mind. “How much pain will there be? Why the heck did I ever do this in the first place? Maybe I should just leave.”

As I entered the door, I figured these were my last moments to bolt and run. I thought back to when I had done something similar six and a half years earlier and remembered the words that blazed across my mind when the procedure began–l will never do this again! Yet there I was, about to have a vasectomy reversal. What could possibly bring a man to the point where he would be willing to go under the knife once again?

Only two things could convince a man to get a vasectomy reversal.

1. a radical restructuring of his beliefs, or
2. a nagging wife.

For me it was the former.

In 1985, I held two beliefs which convinced me that getting a vasectomy was fine. The first belief was that God nowhere in Scripture condemns the use of birth control, therefore it must be okay. The second belief was that God wants us to use”wisdom,” therefore in today’s economy and because of my emotional makeup it would not be wise for me to have more than two children, and I already had two. Both beliefs are unBiblical.

The first belief, that God nowhere in Scripture condemns the use of birth control therefore it must be okay, fails to recognize the very first command of God in Scripture. It is found in Genesis 1:28. God says, after creating man and woman, “be fruitful and multiply.” This is not a suggestion – it is a command!

By virtue of the fact that God commands us to be “fruitful and multiply,” He speaks against birth control.

When we use birth control, we are saying, “No, I won’t be ‘fruitful and multiply!”‘ We are disobeying God and we are abrogating one of His intents for marriage (Gen. 2:24).

Some would say that this command no longer applies because the earth is full. This teaching that the earth is overpopulated or may soon be is a humanistic, pagan myth. Christians who teach this display their ignorance and sadly show once again that too often the presuppositions of popular 20th century Christianity are the same as the world’s.The truth is, all the people of the world standing side by side in a four foot square area each could fit in the city of Jacksonville, Florida, leaving the rest of the world wide open. (Read The Economics and Politics of Race: An International Perspective by Thomas Sowell.)

The second belief, that we must use “wisdom,” is nowhere supported by Scripture and reveals our lack of trust in God to meet our needs. If God wants us to “use wisdom” i.e. use birth control, then why is it that whenever people in the Scriptures have many children God declares it is because He has blessed them? In I Chronicles 25:4-5, we read that Hamen had 14 sons. For what purpose? To financially burden him? No. God did it to bless him the Scriptures say!

God views children as rewards, gifts and arrows from Him (Psalm 127:3-5). He views them as a blessing (Deuteronomy 7:13,14), and as a sign of His approval (Exodus 23:25,26). Most Christians would view houses from the Lord as a gift, reward, blessing, or sign of His approval, yet, if they received four or five houses, I highly doubt any of them would say, “Well, we better use wisdom” and begin to practice house-control, not accepting more than two. Obviously, God’s view of children is very different from ours.

Listen to this quote, “The purpose of marriage is not to have pleasure and to be idle but to procreate and bring up children, to support a household. Those who have no love for children are swine, stocks, and logs unworthy of being called men or women; for they despise the blessings of God, the Creator and Author of marriage.” some Protestants would say, “This quote is obviously them ad dribblings of some medieval Pope.” It is not. Rather, it is the founder of the Reformation, Martin Luther who said this. Protestant Christians need to realize that their leaders consistently spoke against birth control up until about 75 years ago.

The founder of Planned Parenthood, Margaret Sanger, once stated, “The most merciful thing a large family can do to one of its infant members is to kill it.” This does not shock most Christians today because they agree with her and quote her daily. ” I can’t handle more than two.” “I can’t wait until you grow up and move out.” “Will this be your last?” (Asked in church after a couple announces they are having a third child; no congratulations of course) All of these statements and those like them parade the party line of Planned Parenthood, and are in opposition to our Protestant forefathers.

Blood in our Bricks

If you were to list all the reasons why Christians use birth control, you would see that they are the same reasons why a woman aborts her child. The number one reason (according to all studies ever done) a woman aborts her child is because the child is an inconvenience. The child interferes with the mother’s (or the father’s) pursuit of happiness or possessions. When we use birth control, we are embracing the same anti-child mentality. We are saying that our pursuit of so called happiness, our pursuit of possessions, is more important than obeying God. The question is,”How can we abrogate God’s design for marriage and expect to really be happy?”

In the Church today, we “warehouse” children. We don’t want them around us during the church service. Many pastors are advising newly married couples to use birth control the first two years of their marriage so they can have time to get used to each other without having undue stress added to the marriage.

We have no God-given right to manipulate God’s design for marriage by using birth control. As long as we continue to make “possessions” and “self” our god and as long as we look at children as a diaper bill rather than a blessing, we will never see the Church act in mass against baby-murder. God help us to have His view of children and to obey His commands!