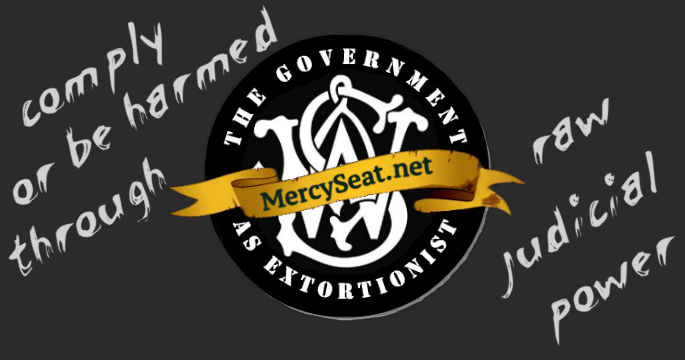 When a group of men from the Bambino crime family show up at a business and demand that the business “comply” with their wishes or they will be “harmed”, that is called extortion. Why then is it not called extortion when the government shows up and does the same thing to a business?

Across the nation, Americans have continuously voted against gun control when it is offered as a referendum during an election including right here in Milwaukee where a hand gun ban was proposed and overwhelmingly defeated just a few years ago.

We need to realize that what the Clinton Administration could not get through the will of the people, they are now trying to get through raw judicial power! They are acting as extortionists toward the gun companies, threatening them with harm by dragging them into court to fight costly legal battles. If however, the gun company “complies” with their demands and wishes, as Smith and Wesson has already done, then the lawsuits are dropped.

This is extortion in the true sense of the word!

Read about how Smith & Wesson’s ompromise with the federal government nearly put them out of business here.